Photos and Video : Omotola on US TV show - Hit The Floor 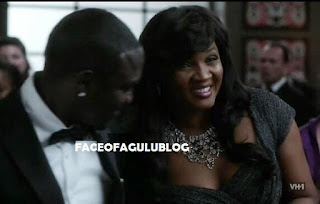 Omotola made her US TV debut in new drama series titled 'Hit The Floor' which aired last night on VH1. She had a small role but represented well and looked really beautiful. She played Akon's wife, Omatelo, and they were both shown at a fund raising party on the show. More pics and the video after the cut. Meanwhile, what is Akon looking at? Choi! Lol 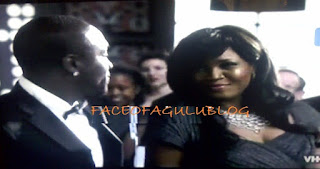