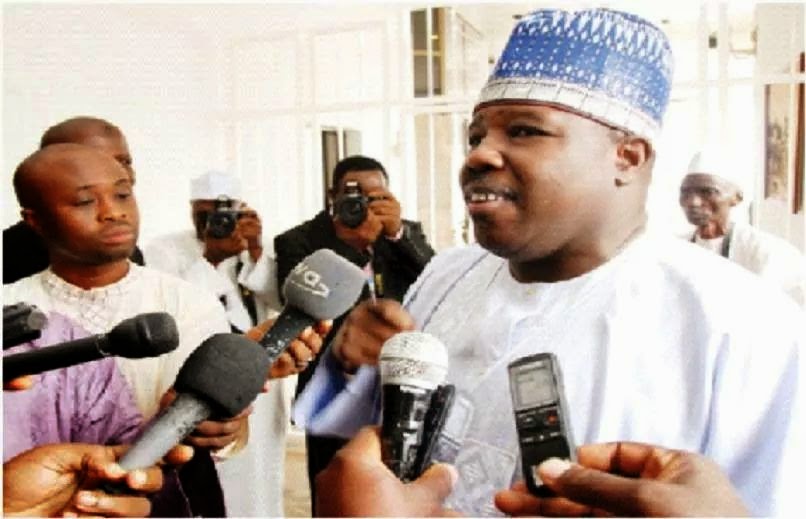 The post had appeared online quite late in the day and all hell was let loose as, editors gathered at
the “Table” to brainstorm on the explosive information contained in the article purportedly ascribed to Senator Ali Modu Sheriff, a former governor of Borno State and a recurrent decimal in the Boko
Haram debacle.

The writer of the post had used a catchy headline “Breaking News: Ali Modu Sheriff Threatens to Expose APC Link with Boko Haram.” For some on the editorial board, this piece of information, because that is what it is, a short but loaded piece of information that is capable of changing the game and altering the current fight against Boko Haram Islamic insurgents in the North-eastern part of Nigeria. An insurgency that has claimed the lives of several thousands of Nigerians, displaced countless others and left the economy of that part of the country in ruin.

To the uninitiated on the board, this piece of information reproduced here maybe too hot and sensitive to publish and expose to Nigerians what some now estimate is the truth coming out at last, but then what is actually hot about it and what has not been speculated or reasoned before about it?
If somebody like Senator Ali Modu Sheriff, as alleged, had threatened to expose APC’s link with Boko Haram and how Sanusi had served as the bridge for the funding of terrorist activities by moving funds from APC accounts to outside sources to procure weapons for Boko Haram, then the Nigerian government may not have to look too far, as SAS, as the former Borno State governor is fondly called by his admirers, is perhaps the greatest authority on Boko Haram and its destructive campaigns.

The post had said: “The former governor of Borno State and leading member of APC, Ali Modu Sheriff has threatened to expose the link between APC and Boko Haram. He made this threat after he accused Tinubu and the leadership of the APC of denying him a major role in shaping up the APC in
preparedness for next year's election. He also suspects that Tinubu has hijacked the party for his personal and selfish interests. Sherrif accused Buhari of being a coward, weak and wimpish general who has no stomach to challenge Tinubu's excesses. He told our correspondent how he single handedly formed Boko haram with the support and backing of Buhari, Atiku, and the northern leaders. He alleged that all the money Boko Haram looted from their armed robbery activities was deposited in APC accounts to make it difficult to trace to
them. He revealed how APC are allegedly funding Boko Haram through sophisticated channels of networks. He fingered Sanusi as the mastermind of the movement of funds from APC accounts, launders it, and use it to import arms for Boko Haram in the international arms market. We understand that most of the main arms dealers who supply Boko Haram are also responsible for supplying Al-qaeda, in Somalia, Mali, Algeria, and Kenya. They also have cells in Chad, Cameroon, and Niger. It is now obvious that APC and its leadership are at
the heart of terrorist activities in Nigeria.

They have displayed their arrogant disregard to law, by directing their members in the National Assembly to shut down the democratically elected government, and block the budget. They believe that they are untouchable, and don't care if Nigeria burns, because they can easily, wrongly and falsely blame the government, and the gullible people will believe them.”

As hard sell as the above may seem, a closer look at the history of Boko Haram and recent happenings and utterances of certain characters will reveal a need to weigh this post and begin to question the characters mentioned in it.

Ali Modu Sheriff and Boko Haram
If there is anything that is uncontrovertibly known about Boko Haram and their devilish activities, it is the role played by the former Borno State governor in forming the sect, supporting its growth and his prominent contribution to the transformation of the group to what it is today.

It will be belabouring the facts to reproduce here, Alimodu Sheriff’s involvement with Boko Haram; it will suffice to say that whatever statement credited to him should be considered weighty and authoritative. It is also instructive to note that the Senator seems to be grievously aggrieved at the moment, especially after his reported shouting face off with Asiwaju Ahmed Tinubu, who many believe has hijacked the All Progressive Congress. So Senator Ali Modu Sheriff may just have a reason to spill the beans.

Buhari, Atiku, Northern Elders and the Criminal Silence Close watchers of the Boko Haram insurgency and almost every Nigerian agree that the duo of General Buhari and Alhaji Atiku Abubakar have been too silent for too long about the
activities of Boko Haram in the North East.

It is on record that General Buhari has till date refused to come out and publicly
denounce the insurgents or any other form of violent attacks taking place in parts of the North by Boko Haram, while Alhaji Atiku Abubakar only recently shed what an analyst described as hypocritical crocodile tears over the killings in the North East.

That the two of them are prominent citizens of Nigeria and important rallying figures in the North puts a burden on them
to rise to the occasion and find lasting solution to the problems facing their region. More so, Atiku hails from Adamawa State, a state that remains a hotbed of Boko Haram
activities. But they both have decided to acquiesce to a conspiratorial silence that beats the imagination of right thinking Nigerians, which have fuelled beliefs in certain quarters that there may be more to it than meets the eye.

Aside General Buhari and Alhaji Atiku, Senator Ali Modu Sheriff was also alleged to have mentioned the involvement of
Northern elders in the nurturing of Boko Haram insurgents.

This may not come to many Nigerians as a surprise if the threat of the Northern Elders Forum to make the country ungovernable for President Goodluck Jonathan in the run up to the 2011 general elections is brought to mind. They have practically, or so it seems, brought governance to a standstill
especially in the North East.

The case against suspended governor of the Central Bank of Nigeria seems to be getting complicated by the day. From accusations of maladministration to fraudulent activities and now to terrorism financing, Sanusi Lamido Sanusi seems to have his plate full and overflowing of crawling vermin.

Before the alleged threat by Senator Ali Modu Sheriff, there had been a buzz in the media over a document linking the
suspended CBN governor to Boko Haram. Though APC and other attack dogs of the Kano prince had accused an aide of President Jonathan of being the source of the document, Sanusi has not come out to absolve himself of the allegation before the latest revelation.

As if to corroborate this accusation, the SSS, had in defending the seizure of Mr. Sanusi’s international Passport, said he was still under investigation for matters bordering on terrorism.

Nigerians and indeed the world will be waiting on Mr. Sanusi to come out clean of this latest accusation by defending himself and laying bare the facts.

The APC had reportedly said that if they took over power, Boko Haram will be curtailed in one month. Many wonder why if they have the magic wand, they have not shared the strategy or trick of erasing Boko Haram in one month with the federal
government in the face of the heavy casualties being recorded in the North East or are they merely looking on and playing
politics with the lives of innocent Nigerians? More noteworthy is the fact that Borno, Adamawa and Yobe are APC states, why haven’t they done wonders in those states yet? The way and manner the All Progressive party has carried itself and
conducted its affairs lately, especially as it relates to the Boko Haram insurgency leaves more to be desired as it continues
to politicise the mindless killings of hapless Nigerians.

Though not much can be said about Ali Modu’s alleged accusation of the party using its accounts as a route for ferrying money for the funding of the activities of Boko Haram, Nigerians may have to look more closely at the party and what it stands for!   SOURCE
Posted by Justin Kingland (DRM) at 01:01