3 students shot and in criticial condition after gunmen storm ESUT 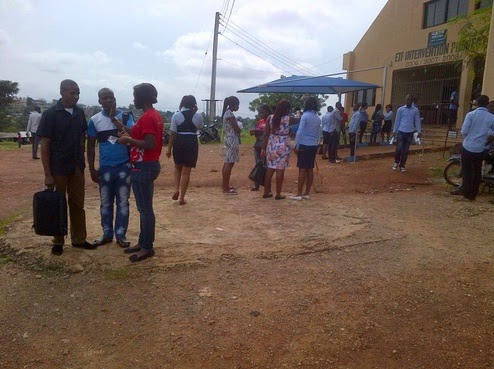 Three students of the Enugu State University of Science and Technology (ESUT), Agbani, are in critical condition at the the University of Nigeria Teaching Hospital (UNTH) after being shot and wounded by suspected armed bandits who invaded their hostel,

The affected students are currently undergoing intensive surgery at the hospital where they were rushed to in the early hours of Saturday. One of the students was shot in the stomach and it was suspected that some pellets of the bullet were lodged in his abdomen for which doctors are battling to remove.

The two other victims were also undergoing surgery at the hospital while efforts were being made to contact their parents.

The Unique Hostel where the incident occurred and other hostels within the Agbani Permanent site of the university, according to sources, have been placed under security watch as it was suspected that the gunmen could be members of a secret cult.

To forestall a reprisal attack, the source said, the management had taken measures to beef up security at the hostels with plain-clothe policemen deployed to strategic locations.

Police spokesman, Mr. Ebere Amaraizu,  who confirmed the armed attack said that preliminary investigations revealed that the gunmen could be “student robbers”,  assuring that the police would do everything possible to get to the root of the matter.

He could not say if any arrest had been made but he said that the command was already on top of the situation and would give further details after the ongoing investigations.

“From what we gathered when the gunmen attacked some students at the ESUT Unique Lodge, which is mainly Boys Hostel, there was a stiff resistance by the students who succeeded in arresting one of the gunmen.  The arrested gunman alerted his armed colleagues who returned to the hostel and began shooting indiscriminately during which three of the students were shot and wounded,” the police spokesman said.

Source: The Nation
Posted by Justin Kingland (DRM) at 04:02 No comments: 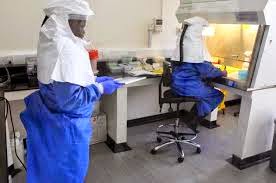 According to a report by Premium Times, a 19 year old student of Law at Ahmadu Bello University has been diagnosed with the deadly Ebola virus in Kaduna.

PT reports that the PRO of the Ahmadu Bello University Teaching Hospital, ABUTH, Bilyaminu Umar, confirmed the case yesterday Monday September 1st when contacted via phone; saying that the student was diagnosed at ABUTH, Shika, Zaria.

"Yes, there was a case of a suspected Ebola patient. He is with the Faculty of Law, ABU, Zaria and will be placed on isolation. I am out of town, but will confirm details on my return from a trip.” he said

This is quite confusing. The Nigerian military and the presidency is claiming that Boko Haram didn't capture Bama yesterday, which is contrary to what many media sources including Sahara Reporters, AIT, Channels, BBC and Punch are reporting. According to Nigerian military, the Nigerian Armed Forces chased out Boko Haram from Bama town yesterday and even killed 59 insurgents but according to Punch today, I80 people were killed yesterday during the battle with the insurgents.

They said the spokesman of the youth vigilante in the town, Barr. Jubrin Gonda, made this revelation. And according Channels TV, residents said the insurgents have gained control of the town. Witnesses say after the initial military intervention in repelling the attack. The sect members re-grouped and launched a successful attack on the town which they say is presently under the control of the sect.


The reports from Channels TV

A military officer, who spoke on condition of anonymity, as he was not authorised to speak on behalf of the military, says the soldiers on ground did their best in repelling the first attack but ran out of ammunition as there was no reinforcement for subsequent operation.
“I can confirm to you that the soldiers on ground did their best in repelling the first attack but we ran out of ammunitions and it will not be a surprise if they have eventually taken control of the town
“We needed immediate reinforcement but nothing came and I can categorically tell you that there is sabotage somewhere,” the army officer said.
He said the foot soldiers were willing to end the insurgency but lacked needed support.
Report says the insurgents also launched an attack on Mongonu town which also has a military barracks like that of Bama.
The Bama military barracks last year suffered attack by the dreaded sect members, as part of the barracks was vandalised during the attack.
At the moment, Madagali in Adamawa State, as well as Gwoza, Pulka and now Bama of Borno State are under the control of the dreaded sect members the Boko Haram.
President Goodluck Jonathan had in July requested for immediate approval of one billion dollars external borrowing by the National Assembly to tackle insurgency and terrorism in Nigeria’s north-east.
In a letter to the Senate, read by the President, David Mark, President Jonathan said the money would be used to upgrade the equipment of the Nigerian Armed Forces.
President Jonathan stressed that there was an urgent need to upgrade the equipment, training and logistic of the country’s Armed Forces and Security services to enable them confront the serious threat posed by Boko Haram sect more forcefully.
The loan has not been approved. 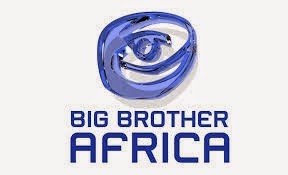 Big Brother Africa Hotshots which was supposed to begin this Sunday 7th September has been postponed indefinitely after a fire incident at the BBA House in Jo'burg, South Africa. Below is a press release from M-Net.

"M-Net and Endemol SA advise that due to a devastating fire at the Big Brother house on 2 September 2014, Big Brother Hotshots will not launch this Sunday (7 September) as scheduled. The cause of the fire at this stage is unknown and investigations will commence as soon as it is safe to do so." Continue...

At this stage M-Net and Endemol are urgently looking for an alternative Big Brother house in which to film the production, however as this production has highly technical infrastructure, camera and edit requirements an alternative is not immediately available.  Every effort will be made to find a solution as quickly as possible to ensure that Africa’s biggest reality show will continue.

Where is the BBA house?


It is based at the Sesani Studios in Johannesburg


Was anyone injured in the fire?


No one was injured during the fire.


As more information unfolds, we will communicate.