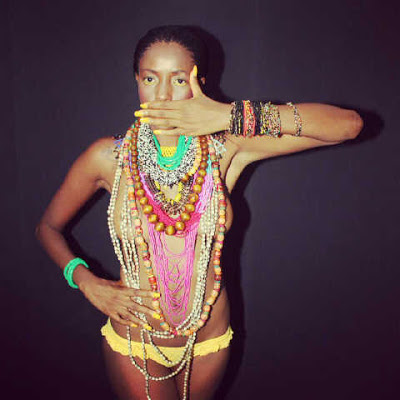 After representing Sierra Leone in the Big Brother Africa Star game edition, Zainab O. Sherriff has ever since being the most talk of the house mates.

She recently shot a pilot for her upcoming reality show and will soon be in Nollywood to star in a movie alongside Jim Iyke. Continue for more picture.. - 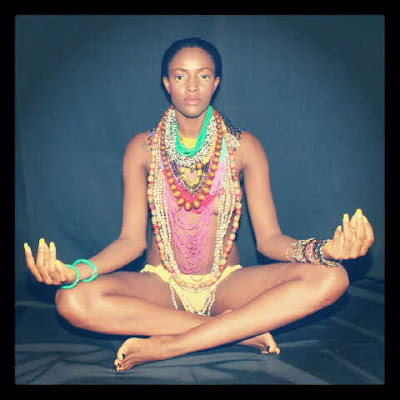 From sources, a Kenyan beads company called the Indigenous Beads of Africa approached Zainab’s management with an endorsement proposal to have the model sign as the brand ambassador.

Over the working days, she released photos of her in a Lord Shiba pose on instagram. The images show an almost nakéd Zainab with beads covering her bossom.

Posing like an India goddess, gossips are saying the photos were meant for a beads company but on a phone interview with the model, she denied the rumour and said she was exploring her creativity.

“I was only playing indoor as a model with my new photographer, hello
Posted by Justin Kingland (DRM) at 10:15