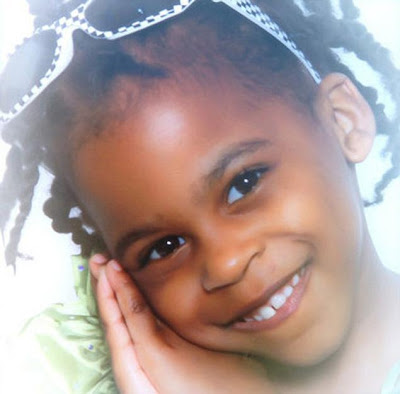 Viloude Louis, who was allegedly killed by her 13-year-old brother when he performed wrestling moves on her that he had seen on TV.

Vilger Louis talks about his daughter Viloude, dead after suffered multiple injuries after her half-brother allegedly beat her.

A young teen beat his little half-sister to death using wrestling moves he’d copied from the TV, police claim. Devalon Armstrong, 13, is accused of repeatedly slamming Viloude Louis, 5, onto a bed, punching her in the stomach, jumping on her back and elbow-dropping into her kidneys. She suffered broken ribs, internal bleeding and liver lacerations from the brutal bashing at their Terrytown, Louisiana, home.

Cops said that Armstrong was babysitting his younger sibling on Sunday afternoon when he decided to test out some moves he’d seen on World Wrestling Entertainment. Later complaining of having a stomach ache, she went upstairs to brush her teeth — before being found by her brother 30 minutes later in crippling pain on the bathroom floor. Realizing she was no longer breathing, Armstrong took her downstairs to the sofa and dialed 911.

Paramedics arrived on the scene but found her unresponsive.  She was pronounced dead soon after. As there were no outward signs of injury, Louis’s death was at first deemed “unclassified.”

But a coroner’s report released on Tuesday found she had died of multiple injuries.

Mothers should be more careful with their kids nowadays and they should know the mental state of who they live the children with...

*To enter theater no easy*
Posted by Justin Kingland (DRM) at 02:15