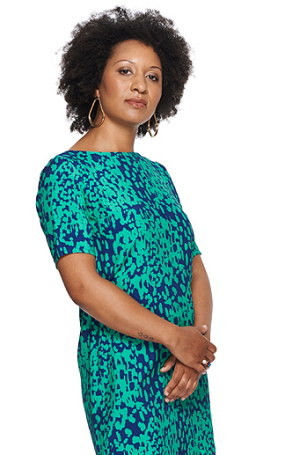 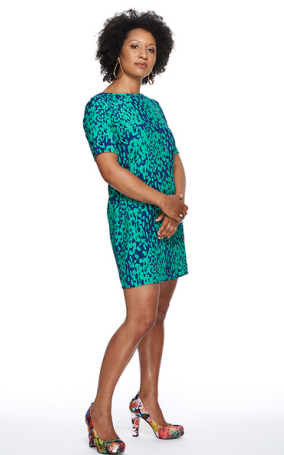 Approaching a man at a bar, Seyi Kolade had only one thing on her mind as she chatted with the stranger - sex. Within hours the pair were in bed together and she was delighted at how her evening had panned out.

And this was not a chance encounter, for Seyi was a sex addict and it was what she did almost every day for 13 years. Last night she said: “Sex addiction took hold of my life.”

Seyi, 35, was just 17 when she became dependent on sleeping with men. By 19 she'd had 40 partners and she says she has bedded a shocking total of 370 men.

Her dangerous addiction led her to a life of destruction - catching sexually transmitted infections, being evicted from her home and having two terminations. 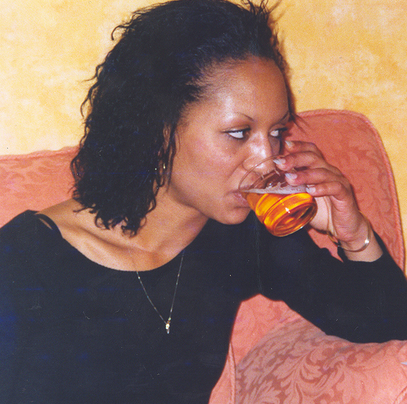 By the age of 30, Seyi had hit rock bottom and needed help. Today, after attending numerous sex addiction meetings and 12-step programmes, Seyi has been celibate for four years and is helping others like her.

She explains says: “Sex addiction is something people associate with men, but it took hold of my life for more than 13 years.
“It was a craving and a fear of how I’d feel if I couldn’t get it.
“Once I did, it was a huge relief, like a weight was lifted.
“It’s like any addiction. It made me selfish, self-destructive and depressed but it was a cycle I couldn’t escape.”

She adds: “I lost my virginity when I was 13 with my first boyfriend.
“I was shocked when I fell pregnant. I gave birth when I was 14. It was a very difficult time.”
Social services arranged a nanny to look after her daughter, Sarah, from six weeks old.
Being a young mum scarred Seyi’s childhood. She says: “I moved out of home when I was 16 with Sarah and lived in a mother and baby unit. I felt terribly lonely. I craved affection, I was miserable.”

Moving into a housing association home at 17, Seyi met then-boyfriend Paul, 31.
It was now that she began to use sex to replace her feelings of loneliness.
She says: “When I started having sex with my boyfriend I thought it was the answer and would stop me feeling so lonely. But it wasn’t enough.”
Going to bars, Seyi, from Birmingham, cheated on Paul at least once a week with strangers or men she would meet regularly.

She says: “I needed sex and afterwards it was a relief. When I couldn’t have sex my confidence would plummet, I felt ugly and went into a spiral of upset and frustration, feeling unworthy and needing another fix as soon as possible.”
Seyi fell pregnant at 17 with son, Andrew. She says: “I told Paul it was his although there was some doubt in my mind. After I gave birth I tried to stay faithful. I wanted sex with him four to five times a day, but the attention from him wasn’t enough.
“When the pent-up sexual frustration became too much, I’d go elsewhere and get validation through sex.
“I cheated on him three times in six months, then fell pregnant again.”
Devastated and unable to look after another child, Seyi made the decision to have her baby terminated.
She says: “It wasn’t fair on the child to have them. I didn’t know whose baby it was so I didn’t tell Paul. I wanted our relationship to work but we split up when I was 19.”
Seyi’s heartbreak made her sex addiction go wild. She says: “The only cure for my loneliness was sex. I had five guys I could meet with for sex when I wanted and was also sleeping with strangers. I’d go to bars and easily pick one up. Being good in bed made me feel worthy.”
By 22 Seyi had caught chlamydia twice. Going out almost every night while her children were looked after by friends and family, all she could think about was sex.
She says: “Between the ages of 22 to 30, life was a blur, my addiction had taken over.
“I was sleeping with five to six men, or meeting strangers for sex at bars weekly. I fell pregnant again at 26. I felt I had no choice but to have a termination. I got drunk and had sex After the procedure.
“I don’t know how I managed to keep my job as a management consultant. I took lots of sick days when I craved sex and couldn’t face the office. I even slept with a colleague.
“I was evicted for not paying rent when I was 29 and had to send my children to live with my family.”

While staying with a friend Seyi saw the documentary The Secret, about the laws of attraction. She says: “I knew I had a problem but never stopped to think about being a sex addict. I realised I needed help.”

After quitting her job to concentrate on her recovery Seyi, then 31, went to an addiction meeting.
She says: “There were six others there and when I listened to their stories it cured my nerves. I didn’t stop craving sex straight away but cut down slowly.” Since August 2009 she has been celibate.
She says: “I’m so proud of myself. I’ve craved sex but the programme lets me know the trigger signs.
“I don’t plan on having sex any time soon. If the right guy comes along and I feel I’m in a stable, loving relationship, I’d feel safe to do it. I have my children back living with me and feel I’m no longer a sex addict.

“I’d hate to think where my life would be now if I hadn’t sought help.”
Despite her recovery, Seyi lives with the guilt of her addiction. She says: “I could have passed on STIs, I had two terminations and my kids didn’t have the attention they deserved.
“I’ve now trained as an inspirational speaker and happiness advocate. At workshops and seminars I can help others understand what sex addiction is, where it comes from and recovery.
“Being celibate has given me my life back. I want to help others do the same.”
Posted by Justin Kingland (DRM) at 13:11