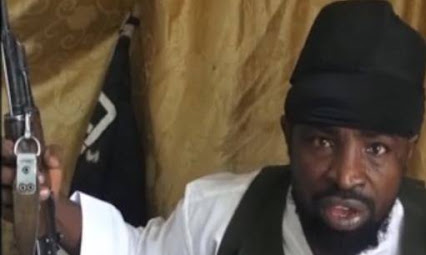 The Federal Government on Monday, May 12, 2014 declared that it is still reviewing the content of the latest video released by the Boko Haram sect on Monday.
The director-general of the National Orientation Agency, Mike Omeri, at a press briefing in Abuja on the released video ruled out the option of negotiation with Boko Haram for now.
Omeri debunked rumours that Federal Government has started negotiating with the Islamist extremists group.
Omeri, who spoke alongside heads of various security agencies said the government is considering all options to rescue the girls and unite them with their parents.
He said the issue of negotiation with the sect is not being looked at by the government for now.
“All options are on the table and open, we are interacting with the military and intelligent experts who are already on surveillance in the North Eastern part of the country.
We will adopt all available options to get the girls out, but we will not negotiate with the sect.”
He also mentioned that more countries are joining the Nigerian government in search for the missing schoolgirls.
Omeri said: “The United States and the United Kingdom have already sent in their security personnel but we will not hesitate to seek help from other countries if there is need for such.”
On the operational measures, Omeri said the government will not reveal the operational measures as it will amount to giving information to the enemy.
During the question and answer session, journalists asked if the leader of the group, Abubakar Shekau is dead or alive.
In response to that, the spokesperson of the State Security Service, SSS, Marilyn Ogar, said, ” Boko Haram has become a franchise, anybody can assume and lay claim to any name what I know is that the original Abubakar Shekau is dead. The person claiming to be the national leader now is not the original Abubakar Shekau.”
“If security sources tell you that somebody is dead, you don’t have to come out and doubt that.” SOURCE
Posted by Justin Kingland (DRM) at 00:30