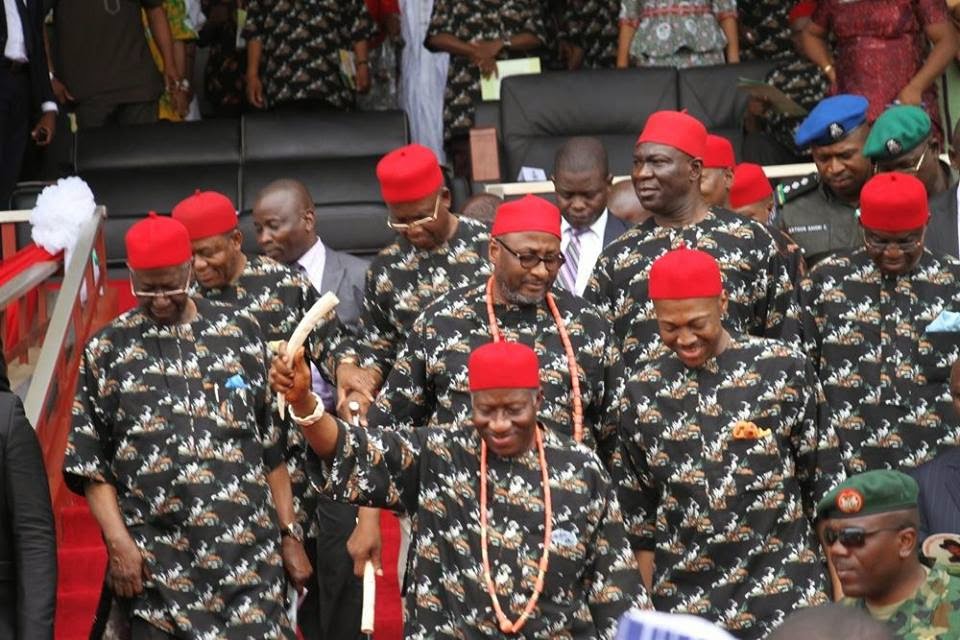 Even before the proposal for the creation of one more state for the South-East geo-political zone is tabled at plenary for discussion, the North has rejected the plan, saying the zone does not have the required landmass and population to warrant the new state.
The opposition of the North to the creation of more states in the country and particularly for the South-East, is contained in a 46-page document, prepared by the Arewa Consultative Forum, ACF, for all northern delegates to the ongoing National Conference.
The document, which is entitled “Key Issues before the Northern Delegates to the 2014 National Conference”, also described Northern Nigeria as the “backbone and strength of Nigeria” and has already been distributed to the northern delegates.
The ACF said it opposed the creation of more states in Nigeria because too many states have tended to convert them into what it called “mere cost or effort centres” at the expense of socio-economic development.
“It is against this backdrop that the ACF believes that the creation of any additional state at this point in time is counter-productive and therefore, should be kept on hold until the need can be justified in future.
“The argument that creation of states should be on the basis of equality irrespective of population and landmass is inconsistent with the elementary concept of justice, since injustice is not only when equals are treated unequally but also when unequals are treated equally”.
The northern group argued further that going by the population average per state, each of the 36 states of the federation could be assumed to have an average of 3,888,987 and a landmass of 27,327 square kilometre.
Using its baseline land mass and average population for each of the states, ACF argued that the South-East with a total population of 16,381, 729 and a landmass of 33,664 square kilometres, presents each of the five states in the zone with a population of 3, 276,345 and a landmass of 33,664 square kilometres.
ACF, therefore, argued that the population per state in the South-East is far less than the national average by 612,642 while its landmass of 33,664 square kilometres is not up to 25 per cent of the National Average.
The group maintained that the total land mass of the South-East is just a little above the National Average per state.
On the other hand, the ACF boasted that its seven states in the North-West alone, boasts of a population of 35,786,994 and a land mass of 222,120 square kilometres, with an average population of 5,112,421, which it claimed is 1,223,434 higher than the national average.
Turning to the South-West, the northern group pointed out that the six states in the zone have a small population of 27,581,994, which amounts to 4,596,999 per state, which is 1,320,654 far higher than the South-East average.
But the ACF conceded that by land mass, the South-West with a figure of 78,774 square kilometres is 13,129 square kilometres or twice the South-East average.
The group argued that for any state to be created in the South-East, the South-West must have up to nine states first, if population were to be used as the deciding factor and as many as 12 more states if land mass were to be the deciding factor.
The north argued: “This proposition, which formed the cardinal position of the South-East since the 1994 Constitutional Conference, has been crafted to whittle down any political advantage the north could exercise in Nigeria despite its huge territorial size and large population.
“Yet, the concept of geo-political zones has no place in our constitution and it should remain so,” the group maintaine : vanguardngr.com
Posted by Justin Kingland (DRM) at 01:36