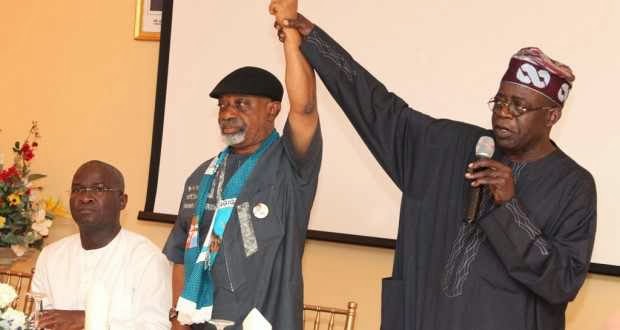 ONITSHA – A Senior Advocate of Nigeria (SAN) Chief Emeka Ngige has warned that Nigeria’s disintegration as a country was gradually becoming a reality emanating from the manner political affairs are being conducted in the country..
Speaking on the heels of the irregularities that marred the Nov 16 Anambra State governorship election which the Independent National Electoral Commission (INEC) declared inconclusive, Ngige stated that the best option open for  INEC was outright cancellation of the entire election which he said was characterized by all forms of unacceptable election standards.
He warned that if INEC goes ahead to conduct the November 30 supplementary election in the state, the election umpire would be setting a precedent for speedy disintegration of Nigeria in 2015.
According to the Ngige, “Nigeria should be ready to accept the US prediction that the country would disintegrate in 2015 going by the seeming outcome of Anambra governorship election”.
The legal icon further declared: “INEC chairman, Prof. Attahiru Jega has admitted that he failed in Anambra. It would happen in 2015 presidential election when INEC is expected to declare Presidential results in favour of President Goodluck Jonathan and that would mark the end of Nigeria as a united country.”.
He dismissed the acceptance of the initial “faulty” results by a section of the traditional rulers in the State implying that some of them were “cash and carry” traditional rulers who have lost their conscience and values because of monetary gains.
He accused President Jonathan and Jega for preparing the ground to impose Obiano as governor on the people of the state, adding,.Jega is trying to emulate jos predecessor, Prof. Maurice Iwu, but it can not stand the test of time. as Obiano would be kicked out in three months as there are weighty evidences against him”.
Ngige who expressed immense sadness over INEC “dirty” role in Anambra election, contended that Jega has not only disappointed Anambra people, but the entire Nigerians who had thought he was a better referee than Iwu and warned that if the country burns, Jega and his INEC commissioners should be held responsible.
He added that the only option left for Jega and his INEC was to cancel the entire Anambra governorship election and fix a date for fresh one as major opposition parties had already expressed their willingness to boycott the Nov 30 supplementary episode.
SOURCE
Posted by Justin Kingland (DRM) at 02:14