Peter and Paul Okoye of P-Square having issues-- Is it over with P-Square? 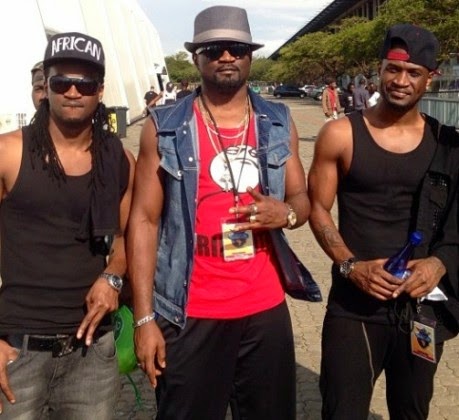 We've been hearing a few stories about Peter and Paul Okoye of P-Square having issues for a while now. We heard they disagree on everything now...songs, videos, ideas etc..

On Wednesday April 16th, We gathered exclusively from industry sources that the brothers fought each other physically during rehearsals. They had to be separated by their dancers. This is fact! But We decided to leave the story alone because which sibling doesn't disagree sometimes, abi? But now their older brother, Jude Okoye, who is also their manager, just tweeted that after ten years he's done.

We heard that one of the wives is causing some of the problems between the brothers. *This is not a good time for separation* Dear P-Square, don't even think of breaking up. You will break the hearts of millions of people...including us. It is better to stay together, Please
Posted by Justin Kingland (DRM) at 07:06