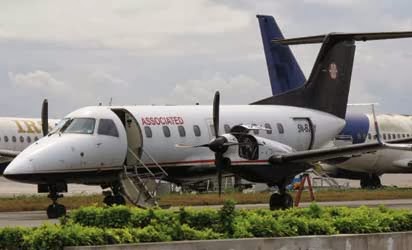 The Nigerian Civil Aviation Authority has suspended the operations of Associated Airlines, following the ill-fated crash that occurred on Thursday October 3rd, which killed 13 passengers.

Capt Akinkuotu explained that the suspension of the airline is to pave the way for ongoing probe into the cause of the crash.
Posted by Justin Kingland (DRM) at 04:00