I Will Never Forgive Buhari For Killing My Brother: Nkem Owoh 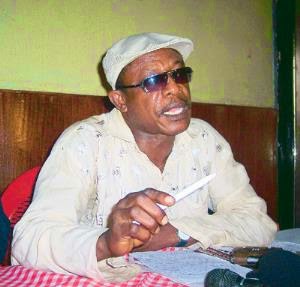 Nollywood actor, Nkem Owoh has spoken about a very painful subject regarding the death of his younger brother Bartholomew Owoh.
Bartholomew Owoh was one of the three young Nigerians executed by General Buhari for an offence that allegedly did not carry the death penalty. Bernard Ogedengbe (29), Bartholomew Owoh (26) and Lawal Ojuolape (30) were publicly executed by General Buhari.
According to a source close to the Nollywood actor who spoke with Breaking Times, Nkem Owoh and the rest of his family have not recovered from the trauma of the cold-blooded killing of the three young men, particularly their brother and son, Bartholomew Owoh.
The laws of Nigeria at the time the offence was committed did not prescribe the death penalty. When Buhari took over power, he insisted the young men should be executed and they were killed publicly by the firing squad.

According to the source, “Nkem Owoh and his family have not forgiven Buhari for killing their brother at the young age of 26.
Every time Nkem Owoh sees Buhari on TV, he weeps bitterly over his brother. He can’t even believe that Buhari has the nerve to seek re-election as President”.
Posted by Justin Kingland (DRM) at 03:03